Toward the end of our trip, we planned to go south to visit Torres del Paine National Park. In order to get there from Coyhaique, we had to fly north to Puerto Montt. As we approached Puerto Montt, I could see winter losing its grip on the southern Andes, but the mountains were spectacular, nonetheless. 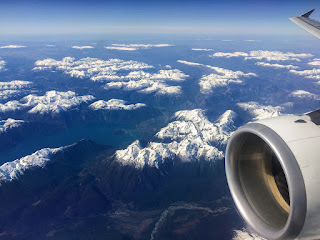 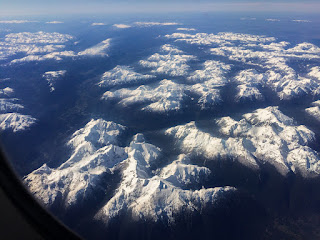 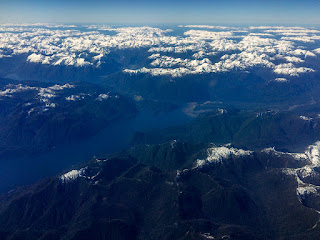 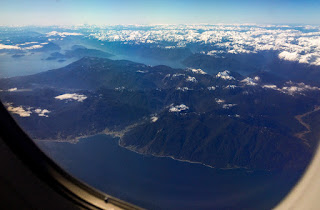 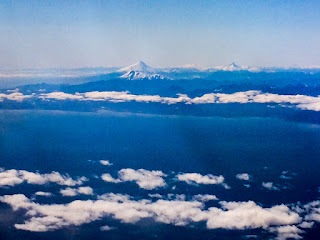 As we got closer, I could begin to see Volcano Osorno, which always reminds me of Mt. Fuji, and Calbuco volcano, which erupted for the first time in 30 years last April. 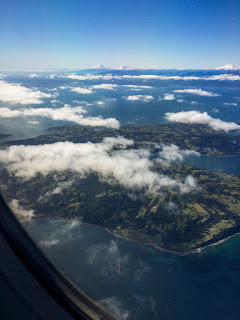 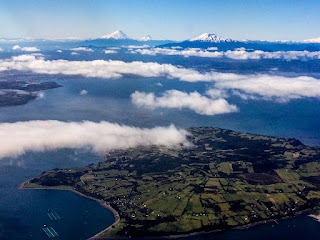 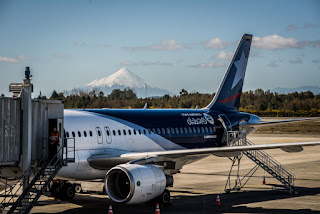 After a brief layover, we continued our trip to the south, arriving in Punta Arenas, where we spent the night before taking the six hour drive to Torres del Paine. Still winter, albeit late in the season,  the sky didn't begin to light up until well after 8:00 am. And even when it did, it happened slowly, taking several hours before it was fully light. 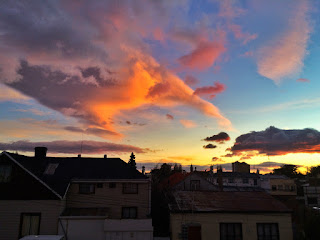 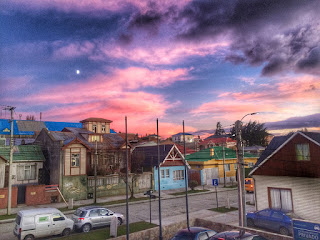 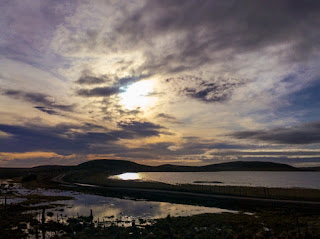 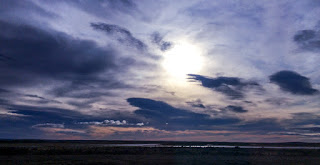 We stopped along the way at a favorite spot of mine where there is a boggy area with lots of dead lichen-covered trees in the water. I've always been intrigued by the place and love to photograph its eery landscape. 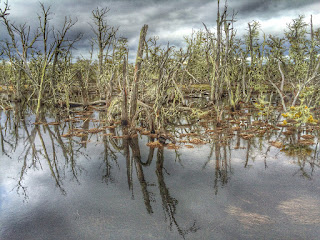 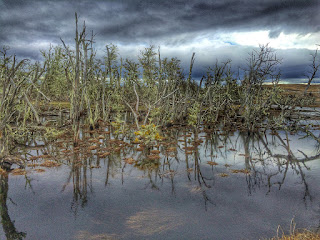 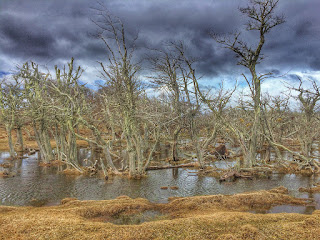 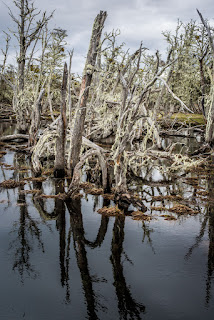 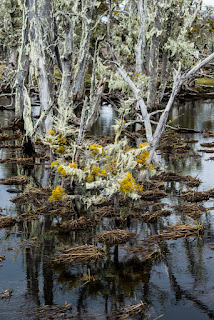 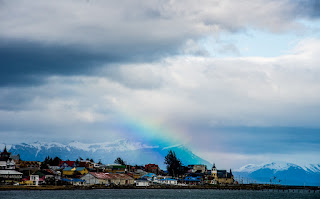 We were rewarded with a beautiful rainbow during a quick stop in Puerto Natales on the Pacific.

After the long drive, we caught our first glimpses of our destination where we would stay for the next few days. 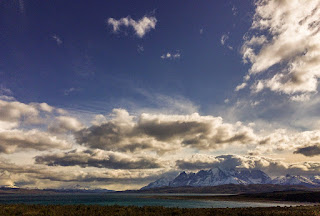 Posted by anitamombanita at 9:27 PM