It's Alphabe-Thursday again, time to continue with my A-Z exploration of Patagonian Chile. This week's fabulous letter is F.

F is for Foxes.

I can't remember a time I've been to Patagonia and not seen foxes. Grey ones. Red ones. They're self-confident, intelligent and shy and very inquisitive without wanting to appear that way. 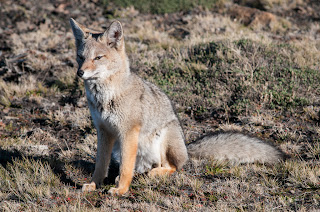 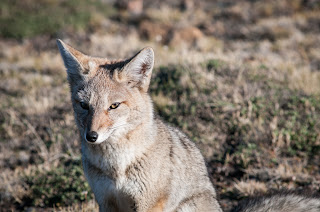 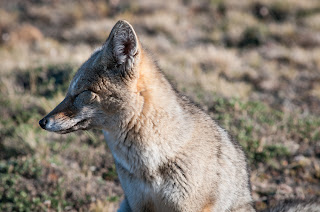 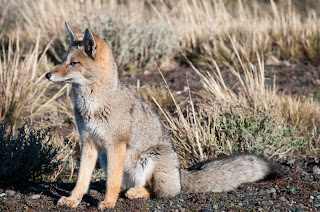 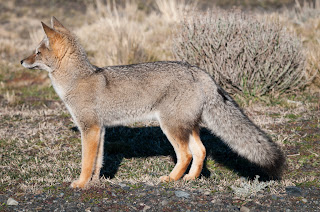 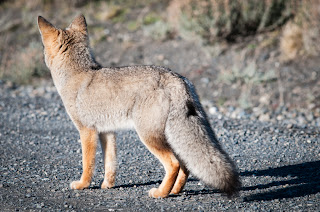 This little guy lived underneath the hotel in which we stayed in Torres del Paine National Park. He was born in late November, which would have made him just about 5 months old. He was comfortable around people and wasn't shy to let you know that this was HIS hotel. The hotel staff told us that they had named him Cabezon, which means big head (as in cocky). The morning we checked out, he had left his calling card right on the front step by the hotel foyer. 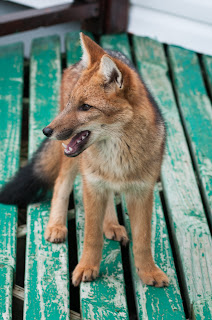 You can see how young he is if you look closely...still missing a few teeth. 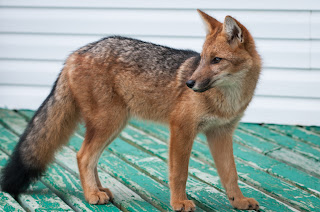 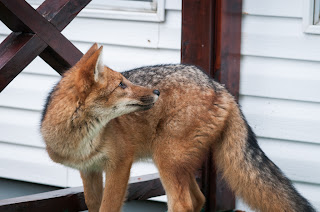 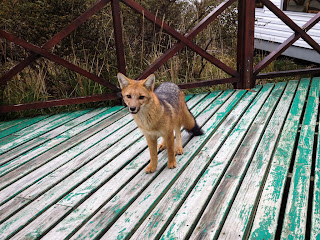 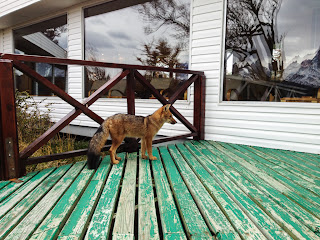 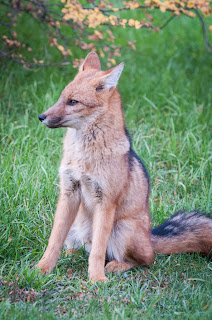 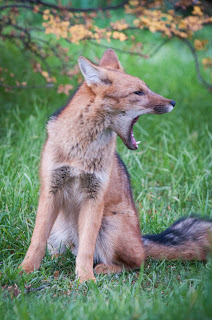 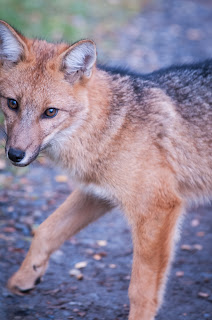 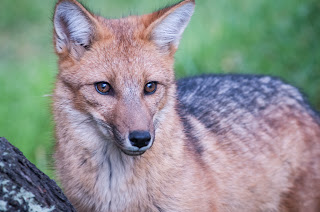 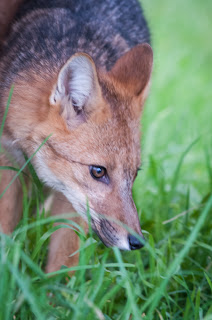 He came to check us out as we were packing our car to leave. If you had any doubts as to his gender, he was happy to oblige and let you know that he was a dude! "Hey, look at me, I'm marking this light post and if you didn't catch me the first time, I'll do it again for you." 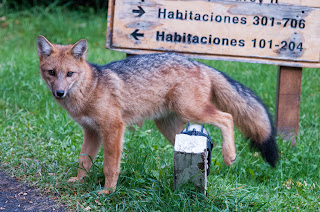 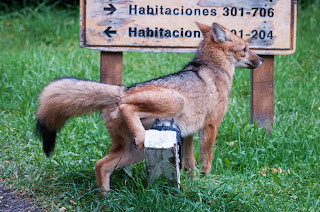 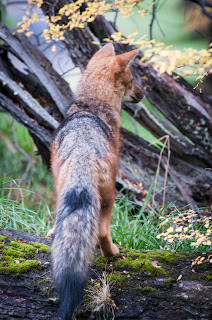 Although not the sharpest photo in the bunch, this one is my fave. It's a reminder that he IS still young and loves to play just like a puppy. 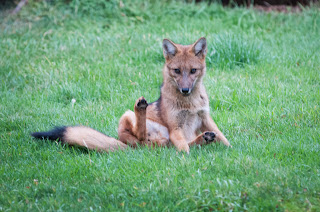 Don't forget to check out the other Alphabetarians over at Mrs. Jenny's.

Posted by anitamombanita at 5:57 PM

Fabulous fox photos! I've only seen one in the "wild" (our backyard), so the Illinois foxes must be keeping to themselves.

Funtabulous! Fascinating and what amazing amount of cool shots you got....all his natural yawn and potty breaks, he was feeling very comfortable!

So dog-like! I've never seen a fox up close.

Many thanks for stopping by my blog!

btw we used to see an urban fox in our back garden in outer London!

Have a great Alphabe-Thursday

What a sweet little face!

Adorable .... oh i do love a fox face, they are just the cutest of faces!!! I love some of those shots, just terrific!

Anita, such wonderful photos! When we were at a restaurant in Jekyll, the racoons, who are equally intelligent, hang around, waiting for a handout.

They are beautiful animals.

not sure if I want to go near him. he looks fierce, well, sort of.

thanks for dropping by my blog. have a wonderful day.

My dear Anita,
When I watch the animal kingdom on TV, I sometimes learn new things like how Foxes care for their young. Thank you so much for the photos. They are beautiful!!!

Wow! What wonderful photos of the fox. We see them all time on our mountain but none are as tame as your little friend! I too made clothes and rooms for my trolls, that is the reason I bought that one in the first place but we are selling all that we buy because we do not need more junk! Have a wonderful weekend. I liked your Saturday Census story, very entertaining.

He is a handsome fox, and it's amazing that he isn't shy of people.

Fine Looking Foxes you got there! Fascinating indeed!

Cute foxes, but they sound a bit ornery as well. I bet they're really smart.

So many good pictures of him! He is so darn cute ...

I am always fascinated by foxes. Their personalities...their lovely sleek lines!

It's neat to think you saw so many on your trip!

It's neat that you shared them with us for the letter "F".

how cute! But those teeth look menacing... {:-D

Wonderful photos of that cute little fox! For being a young pup, he does have a look of "grown up" confidence.

Blessings & Aloha!
I am catching up on my "F" posts :o) Thank you so much for stopping by!