It's Alphabe-Thursday time again over at Mrs. Jenny's and this week marks the marvelous letter M.

In Patagonian Chile (and other Spanish speaking places), M is for Mascota, the Spanish word for pet. The Chileans love their dogs, in particular, and other animals, as well. Here are some mammalian mugshots from Patagonia. 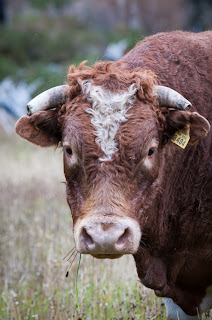 Cattle are not generally considered pets, but I thought this youngster was kinda cute... 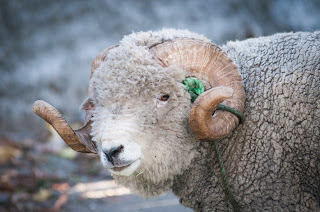 Some people have guard dogs; this family had a guard ram. We walked out into the middle of the street to pass, as he was occupying most of the sidewalk. I decided not to find out if he was friendly or ferocious. 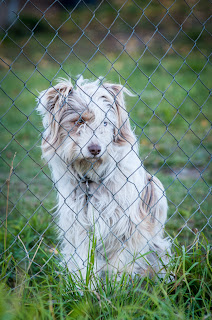 One blue eye, one brown eye. 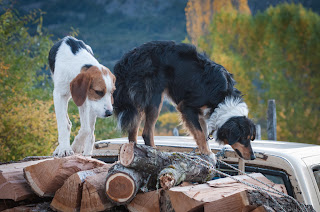 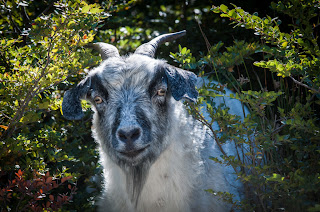 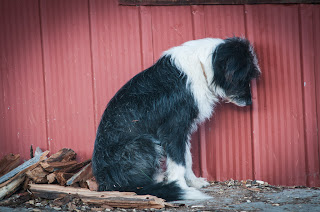 This sad little guy had clearly been mistreated. He wouldn't even look at me. It made me so sad. 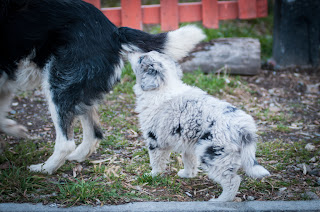 Hello, friend. You are my friend, right? 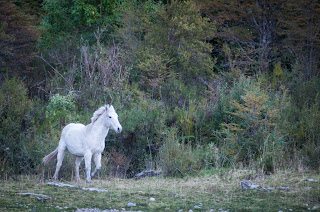 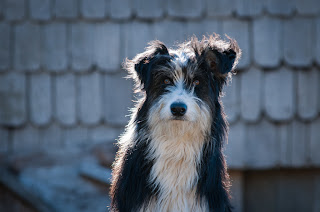 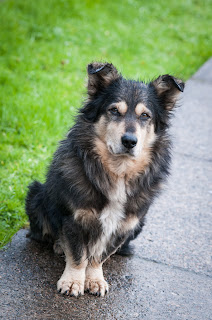 This cute guy made friends with the hubs while we were waiting for the oil to be changed in our truck. Malamute bassett hound mix? What do you think? 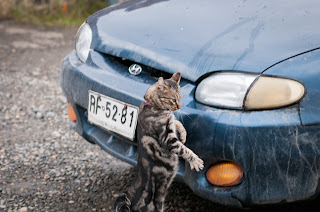 Cat on a hot tin roof? No, just on a slippery hood. Caught him as he was sliding off. 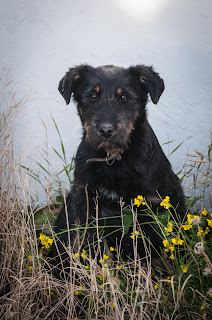 This sweet little puppy was hanging out in some flowers on a grave in the cemetery at Punta Arenas. He had huge feet and was clearly going to be a BIG dog.

Well, if you're done here, march on over to Mrs. Jenny's and see the magical musings of the other Alphabetarians.
Posted by anitamombanita at 12:07 AM

the sad one got me -- how people can mistreat children and animals is beyond me. great M post.

Such cute pictures, and one very sad one.

Wonderful photos! The animals all had such wonderful expressive faces but the sad dog was heartbreaking.

My dear Anita,
Thank you for the photos. Sadly, both humans and animals will have days like that poor and sad little guy. You always do a such a GREAT job by sharing a little piece of history with us during your travels. Thank you my friend.

Nice pictures, yes, I like the pets, the horse is my favorite, really spectacular beauty.

What a great letter M post with a lesson in differences and sameness in another culture. Wonderful photos. Thanks for sharing your travels, thoughts and commentary.

Hi Anita, you did find a wealth of Mascotas there in Chile. The sad dog reminds me of a lot of animal mistreatment. We have laws in Texas but seldom do we hear of them being enforced. Only in the really terrible cases. Jail isn't good enough for these abusers.

Another form of abuse is to let an unsecured dog ride in the back of pickups. We have a lot of that in Texas and about once a week we see a dead dog on the road. I suppose many of them fell out of their trucks.
We have laws to keep the kids from doing that but not pets.
..

You captured some wonderful shots!
The cattle is so cute! The sliding cat is great!
It goes without saying that it's very sad that animals are mistreated.
I learned a new word--how cool!

Cute pet pictures, even the cow,lol !

That was entertaining and fun. Thanks for sharing. -- Bill

I don't think I would have ventured an introduction to the ram either, but you did get a great photo!

Beautiful critters to see! It is sad to see people mistreated animals, or even neglecting them.

some of them look so sad. And one looks quite scary.

I don't think I would have taken on the guard ram either! ha!

Thanks for an aMusing link for the letter M!

These are great photos - you caught so many interesting moments, and neat animals! The dog made me sad, and the cat made me laugh! (I think my husband might also like a goat to help with the yardwork!)