A Day at the Museum

For the past several months, there have been two concurrent exhibits of LeConte Stewart's art work in Salt Lake City. Both exhibits are closing at the end of this week. The hubs is a huge fan so we visited one last week and the other, at the University of Utah, today.

I love museums, but I also have a short attention span, so I can only take them in relatively small doses. I love Stewart's work, and he spent years painting in our "back yard", so it really was interesting to see his paintings, drawings and etchings. But it wasn't long before I was seeing images of my own that "needed" to be made, so here's my interpretation of a day at the museum....

Stewart was a prolific artist, creating thousands of works in his lifetime. I particularly liked his pencil drawings and etchings. There's something very organic about them. The three images shown here were just a tiny few of my favorites...if I included every one that I liked, there would be many many more. (I should mention that these are not straight photos of his work...I took the liberty of adding some texture to them...not because they needed it. They didn't...But just because I could and I was playing. I hope I haven't offended his spirit in some way.) 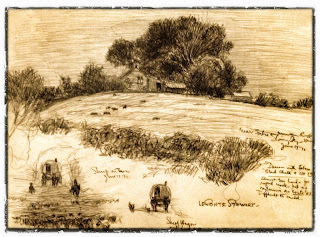 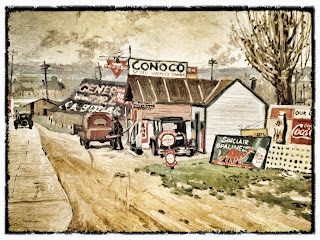 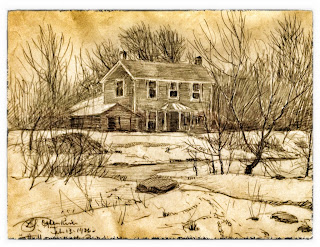 When I had looked at all the paintings and read the descriptions, I turned my attention to a little people-watching. 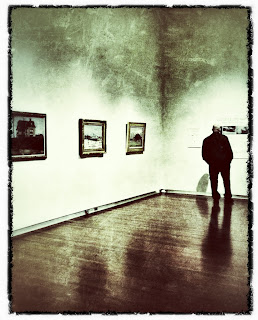 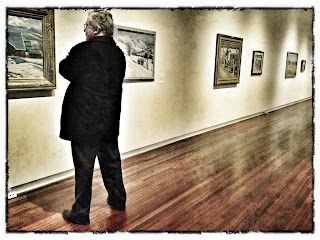 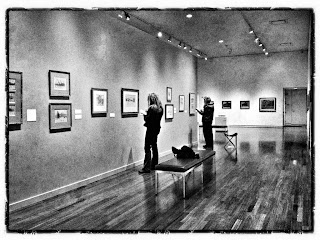 After we finished with the Stewart paintings, we took a quick spin through photojournalist, David Burnett's, exhibit. I found his work fascinating as he has a unique ability to draw one's eye to the focal point that he has selected in images that often involve large crowds. It's hard to explain; you would have to see the work to know what I mean. If his work ever comes to a museum near you, and you like photography, it's worth taking the time to see....or just click HERE.

One last stop in the museum...a work by Xaviera Simmons, a multi-media artist from New York. I was intrigued by her installation of words painted on pieces of wood attached directly to the wall. This is only a small section of the piece... 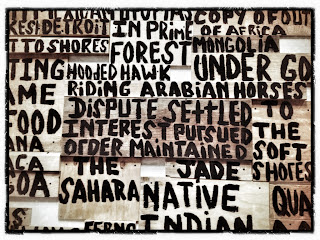 As we were leaving the gallery, I noticed this sculpture, which looks a lot like my brother when he's pulling a face (something he does often)...The piece was actually turquoise blue, but I thought it was a bit frightening looking and decided I liked it better in B&W. Just tellin' it like it is (for me). 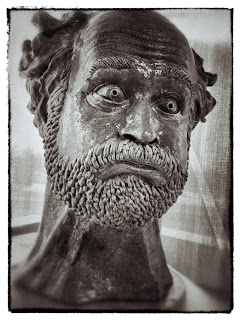 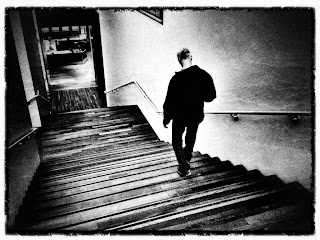 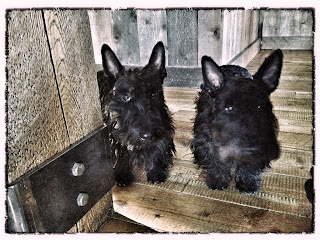 Jake and Albert waited patiently in the car while we enjoyed the museum. It was too cold to leave them outside at home, and we knew we'd be gone too long to leave them alone inside, so they came along for the ride. 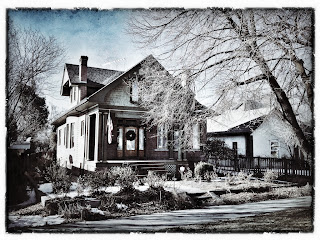 That, of course, meant they needed to go for a walk, which meant I had a neighborhood to check out...and photograph, of course. 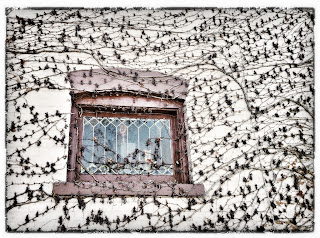 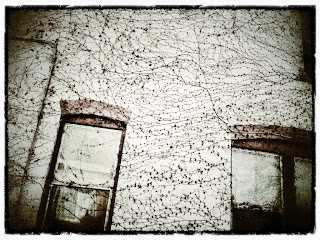 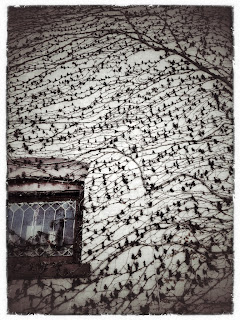 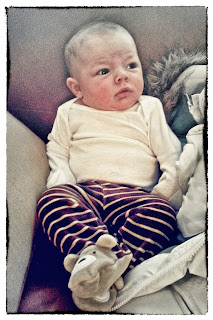 Since we were on the "other side" of the hill anyway, we decided to make a quick stop to visit Granny at my sister-in-law's ... little man was there visiting too, so here he is, getting bigger by the day!

Posted by anitamombanita at 12:36 AM

I absolutely love the look of your pics. People watching. Ahhhh. Perfect. I love how they just stand and stare as if trying to get inside the artwork! It has been years since I have been to an art museum. A new must-do!
The pics with the ivy. Lovely! Cute pups and baby too. Have a great day!

A fascinating post, and I particularly like your perspectives and post processing on the people in the museum shots. Thanks for the link to David Burnett's photos, too... what an interesting style.

Such a cool post, Anita. I love the added texture. And I feel like I got to go the museum myself...and then some!

You certainly made the most out of your trip to the museum. I especially liked the painting that included the Conoco gas station--that was a surprising splash of color in an otherwise monochrome scene.