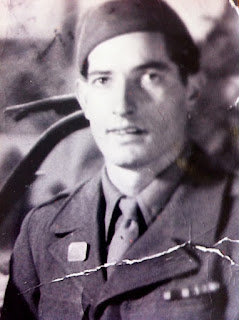 He was handsome and strong, an American soldier, having spent much of the war building bridges - forty of them, to be exact. His warm smile and air of confidence camouflaged the pain and trouble he had known all too well in the war. 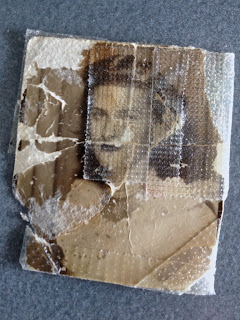 She was a blond beauty with piercing blue eyes. Her rosy cheeks showed no sign of the ravages of war, the oppression of the Nazi regime or the abuse of Red Army soldiers she and others like her had witnessed first-hand. Since the arrival of the GIs she had heard stories of war brides who were swept up by handsome GIs and taken to America, the land of milk and honey. She had dreamt of Mickey Mouse, Coca Cola and a home with a washing machine. Her mother had warned her, though, about pursuing this foolish dream. She didn't listen. She wanted out.

The room seemed to sway. The smell of smoke and alcohol pungent in the air, a mix of swing and jazz music pulsating in the background only added to the tension between soldiers seeking a much-needed break from their rigorous and often mind-numbing duties, and the beautiful women with their own stories of pain and suffering to tell.

Their eyes locked from across the room. That was the beginning.

But the beginning of what?

My hub’s uncle, Donald, passed away this week. He was just days shy of his 88th birthday. He lived a fairly solitary life, never marrying or having children.


Uncle Donald joined the army at age 21. Serving with the 163rd Combat Engineers, he landed on Omaha Beach in Normandy just days after D-Day, in June of 1944. His service took him through France, Belgium, Germany and Austria. He served his country courageously and received four Bronze Star medals and one Silver Star. He was honorably discharged and returned home in February 1946. Not much else is known about his life during that time.

This week, my sister-in-law collected his belongings from the small room at the assisted living center he called home for the past several years. In a cardboard box with the family photos he loved and a handful of newspaper clippings, she found one small photo that didn’t seem to fit. Not a family member. Not a celebrity. Just an unknown young woman, the photo showing signs of the passing of many years, important enough to hold together with pieces of surgical tape.

Who was she? Why did he keep her photo? The only clue to her identity - two words on the back in Uncle Donald’s handwriting - Salzburg Austria. Did he fall in love with her? Was it a short-lived romance that ended abruptly when he returned home? Had he intended to bring her back with him? Were there children? Was she still alive? 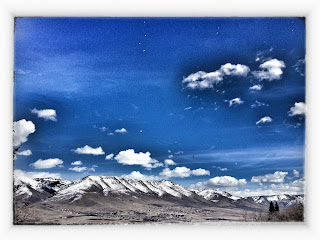 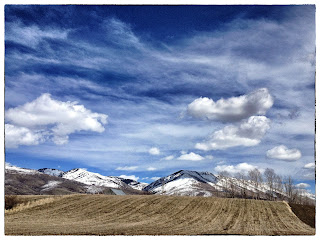 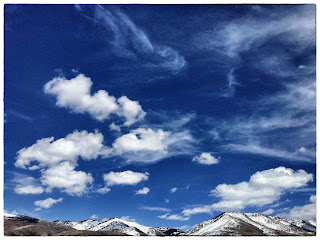 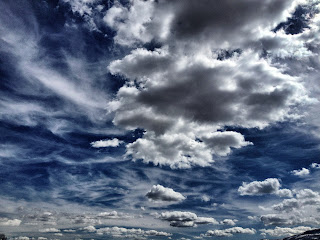 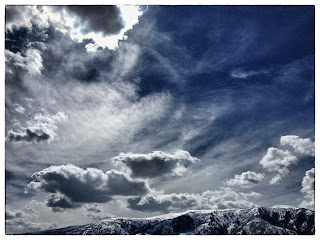 Did he dream of her when he raised his eyes to the clouds in the Wyoming skies all those years he worked the railroad after coming home?

Uncle Donald never spoke of this woman. But, then, like many soldiers who've been in a war zone, he didn't speak much of any of that time. Today, we'd probably say he suffered from PTSD. He certainly had some hard times upon returning home.

There’s not much chance that we’ll ever know the real story. At least not in this life. I like to think that there was something more than a single night of reverie and that perhaps they have found each other once again. Rest in peace, sweet Donald.


Uncharacteristic as it might seem for me, this is my Alphabe-Thursday offering this week. But then, it's an uncharacteristic week and I'm feeling a bit more reflective rather than my usual rebellious and rambunctious self. R is for Remembering Romance or Revising Reality. Be sure to read what the other Alphabetarians registered over at Mrs. Jenny's for that rowdy letter R by clicking HERE.
Posted by anitamombanita at 12:01 PM

I've been more reflective this week also. I'd love to know the story behind the photo, but I guess it's probably not to be!

what a wonderful story... I feel that she was very important to him.. at least for a time.. Great post for Alphabe Thursday.. I would welcome a visit from you.. Have a great day..
Patsy

To the Toy Box and Beyond said...

what an interesting story. Wonder if she had kept his picture after all these years?

What a lovely and haunting tale for "R".

A delicious and post photos very moving, wonderful story. Greetings.
PS: An abstract photo can have as many titles as viewers watch, and all are valid, Your feelings and your title is most important to you and can be much better than mine. I really like when people see things very different from mine and mind, for thus enriching the picture. thank you very much for everything.

Such an interesting story for this week's *R*.

So mysterious. Hmmmm. I wonder why he saved the photo but never told anyone about her.

I ABSOLUTELY LOVE IT! Much better than my day dreams. You are an awsome writer and photographer. Thanks for feeding my dream of things that might have been.

What a mystery? She must have been something special to him if he kept the picture.

what an interesting thing for your SIL to find. The photo looks as if it was folded in a pocket, to be looked at when feeling down. Hopefully she brought him joy. {:-Deb

What an intriguing mystery!
So many scenarios could be constructed. One thing seems certain though. She was important! important enough to patch and save through many years.

There must be so many stories like this one - mysteries that will never be solved. You certainly drew me in with your introduction - beautiful!

This was a wonderful post to read! I enjoyed the reflective quality and the hint of romantic history!

Great post. I absolutely love thoe cloud pictures and the story is pretty awesome in a sad longing sort of way.

Wow, it's 6am on a Friday and here I am with some kind of wetness trying to contain itself on the the bottom rim of my eyes....
What a bittersweet story.

I'm so sorry to hear about the passing of your uncle. What a beautiful and wonderful tribute to him. Obviously, the picture had great meaning to him and really makes you wonder what the story is behind it. Enjoy your weekend.

a great story (and frustrating that we shall never know). wonderful post.

What a beautiful story of a romance of the past.

It very well could'a been the girl he left behind.

Have a blessed and beautiful weekend!!! :o)

Oh, what a story you have written, very interesting, if only to know the answer to the picture. Thanks for sharing and for stopping by my blog.

It's a beautiful post to read! Uncle Donald had a romantic soul, and I hope he's resting in peace now, with her picture in his hands..

What a sweet, poignant story! Maybe she comforted him and helped him through that horrible time in his life. Imagine the things he said to her through that picture, after he returned to the states. I hope some day you will find some answers. Have a great week, Nan

Very intriguing. Those WWII vets are going quickly and taking all their memories and life stories with them. Maybe you'll get the full story some day.

Very haunting. I hope he is reunited with her again.~Ames

I love the story in this.

True life is often more filled with mystery and romance then anything we can create with our imaginations.

I really really loved this romantic, mysterious and poignant link for the letter "R".

My favorite post I've read in a long time.

Thank you for sharing it.