The Thing About Dreams

She danced on tiptoe the whole way home. Years of nightmares wiped away in an instant.

Donald was surely the man of her dreams. Handsome. Strong. Kind. Devoted to family. Well-worn photos he carried showed his longing for home.

She had pinched herself. I'm living the dream, man meets woman. Man and woman live happily ever after. In America.

But today, today the dream ended. She had searched for him. Gone. Without warning. Without notice. His company had shipped out that morning. To America. Without her. 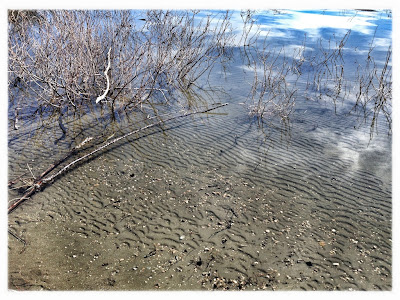 It's been a long week. If you've been following along, you know that we buried my hub's Uncle Donald this week, and along with him, we buried an unsolved mystery that has captivated us all. To catch up on the story, you might want to read my posts from Thursday and Friday.

I hadn't planned to write any more about it, but then Mrs. Jenny gave us the perfect prompt (in red above) for this week's Saturday Centus, so how could I resist? Our instructions: exactly 100 words, including the prompt.

With a few more words, I probably would have written of Donald's anguish when he was ordered to pack up and move out with no possibility of telling the young woman. At least, that's how it played out in my mind. Like that of the two star-crossed lovers whose dreams were not to be, my imagined story had to be cut short.

Be sure to check out what the other Centusians are dreaming about this week by clicking here.

Posted by anitamombanita at 11:08 AM

Wow Anita, that was some awesome writing !!!

Comfort and prayers to your family at this difficult time.

I enjoyed reading your dreams story and looked at past posts and really could feel the love you have for your family. We don't always give those that are older the respect they deserve. I also adore your Scotties, they sure look like my Reuben in the eyes and snout. Have a good weekend and thank you again for sharing about your family.

This is so wonderful, and perfect for Jenny's centus. It's been a busy week and this weekend (once the dust settles) I am catching up on your past posts (this mystery too) and others. Have a great weekend Anita. I am so sorry for your loss this week too. Hugs just for you.

What a perfect ending. Just as it should be. We are all so blessed that you are part of our family. I love you!

Your Centus is so well written... in such few words you have told the whole story. Wow!

I am sorry for your loss.

Your words have really moved me.
Keep faith, Anita, and thanks for sharing this one.

Anita, we had somewhat of a mystery in my family, concerning my mother's first husband, who disappeared. The secret of their life together was buried with my mother. I have some catching up to do, and I will read more about this on your blog.

Oh such a nice carry through of the earlier story. I love how you re-thought the prompt without changing the words.

Perfect way to go with this already on your mind. Loved it, Anita.

Once Upon an Equine said...

That is a touching story of lost love. I read you Thursday and Friday posts. Your description of the funeral was beautiful...the family gathered together and the photo with him in the casket. I hope he has found the woman of his dreams.

There's a lot of unanswered question in my own family and my husbands family too.

I'll keep you and those you hold dear in my thoughts and prayers.~Ames

This was amazing. I loved the poignancy of your words here.

I'm sorry for your loss, I shall go read your Thursday and Friday post now...even though I'm horribly late.