I'm not much of a cake eater, so I'm definitely not a connoisseur but carrot cake is my favorite. There is someone in our lives who IS a carrot cake connoisseur, however, and that would be our little friend, Thump. 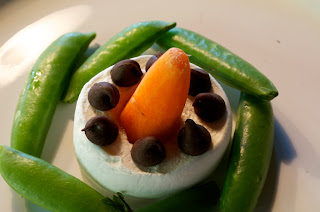 Thump is two years old today (or sometime around today...we don't know the exact date of his birthday, but we know that it was about Sept. 1, so we decided that for his sake, we'd just pick this date..done!)

Thump came into our lives one day in early November of 2009. The cold and snowy weather was fast upon us and we were busy building our home in the mountains when we realized that we'd be needing a couple of good solid snow shovels. Having no success at Home Depot and a bunch of other places that only had the cheap plastic ones, we decided to go to the farm supply store. They didn't have any good snow shovels either, but they did have a bunch of baby rabbits for sale.

My husband, being the ultimate animal lover (whisperer), said "hey, let's go look at the baby bunnies". Sure, I thought, why not? Here's why not...because if you look at them, they will be going home with you. There were several rabbits of varying sizes and colors and appearance in the pen. And then there was Thump. Thump was tiny and about the cutest thing I'd ever seen with his huge feet and big floppy ears. I should never have picked him up because before I knew what was happening, we were buying a cage, toys, food, cedar chips and all the necessary paraphernalia for keeping a rabbit happy. 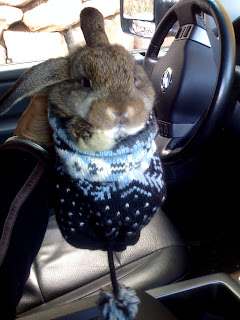 On the ride home, he rode in my ski cap, curled up nice and secure, sticking his head out every so often to see what in the world was happening to HIS world. As we drove, we tried to come up with names for him...at first it seemed like his name might be Bartholomew T. Rabbit, Bart for short...but that seemed like a mouthful and before long, we hit upon Thump. Thump, one syllable, not Thumper as in Bambi's friend....two syllables would be way too long for such a small creature. And so it was, Thump. 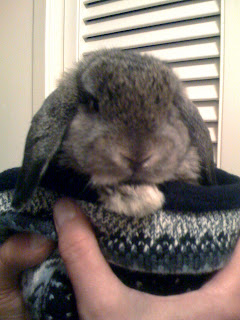 He's been the best rabbit. He doesn't require long walks - although he does like to jump around in the snow and race back and forth on the deck. He doesn't require obedience classes, grooming, baths, or anything of that nature. He does, however, need an occasional dose of chocolate, marshmallows, tortilla chips or strawberries. But mostly he's happy with a few carrots, a handful of hay, some green pellety things and a stick of celery. 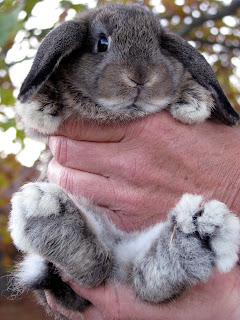 (Thump at about 3 months)

He's got about as much personality as you can expect from a rabbit (actually a lot more than you can expect from a rabbit). Don't walk by his cage eating chocolate and expect him to just sit there...he'll be up at the edge of the cage, paws through cage bars with nose twitching, demanding a bite if he smells it...and he will smell it. And don't think about feeding the dogs in the morning without giving him something to eat too...he will demand that in the same way as the chocolate.

Speaking of the dogs, he actually loves them and will approach them for a little play time. He's not afraid of them, even with their overexuberance, and won't hesitate to give them a good boxing if he thinks they're getting too rough or intruding in his space. (Birthday kisses are great...a birthday bath with dog slobber maybe not so much). 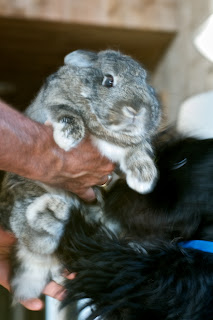 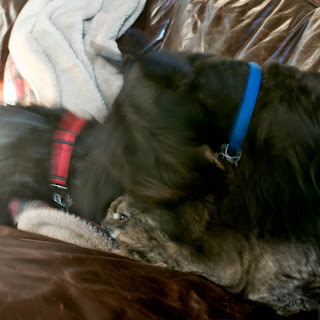 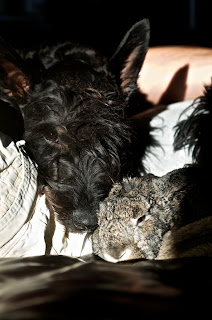 He's a funny rabbit, that Thump, and we love him (as do all his Facebook friends..yes, he does have his own page, Thump Thumperton). 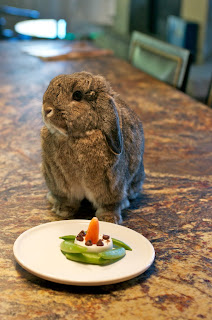 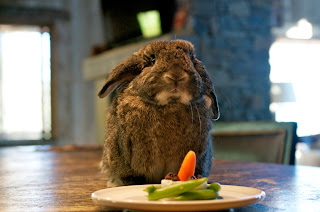 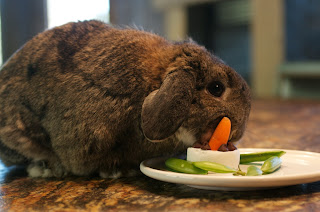 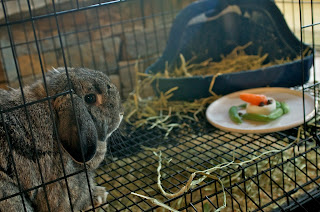 Who'd have ever thought that we'd have a rabbit? But we're happy we do. Anyway, Happy 2nd Birthday, Thump. Hope you enjoyed your carrot "cake".
Posted by anitamombanita at 11:06 AM

Yes, I am a longstanding FB pal of Thump's.

A very happy birthday to him!

"I'm not much of a cake eater". I'm sorry, can we start over? That doesn't make any sense to me.

Happy Birthday Thump! Hope you enjoyed your day and that the cake was just what you wanted for your birthday.