Global Warming, The Crazy Blonde Next Door and Shooting the Moon

Yesterday during the day the thermometer hit a "scorching" 55 (yes, I know, you Californians think that's freezing...haha). The ice that had covered the reservoir at the top of the canyon had almost completely melted. The day before people were still out ice fishing (although, personally, I think they're nuts - you won't find me walking out there on the ice). Last night, the temps dropped again and a storm rolled through. It snowed for a couple hours - just enough to turn the driveway into a luge and make it impossible to drive all the way to the top without getting the plow out to scrape it. Ah, the joys of mountain living. Today, people were out ice fishing on the lake again. I still think they're crazy. 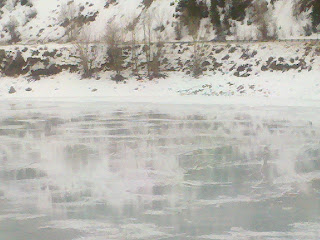 This morning, the sunny skies returned with a bonus of fresh powder on the slopes. On the way home from skiing, we stopped so I could photograph some of the local scenery. I love the older farms with their well weathered look.The horses stood sleepily and soaked up the sun. 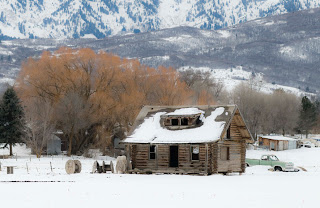 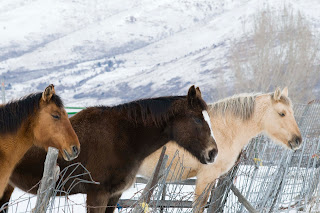 When we got home, we took the dogs out for a walk. I decided to leave my camera behind. I should have known better. On our walk, we were greeted by the crazy blonde from next door - a yellow lab puppy who I guessed to be about 6 months. She was all legs and excitement. Jake immediately fell in love, but seemed puzzled when she would run over him with her long spindly legs in much the same way that he usually runs over Albert. It was hilarious to watch the three of them jumping in and out of the snow banks as they chased each other. They had a grand time. 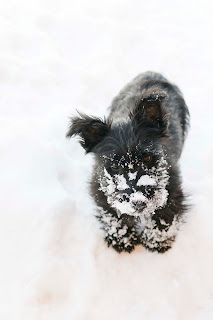 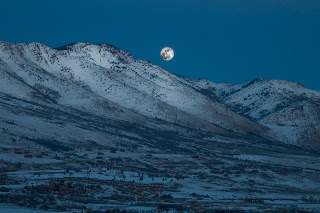 The day ended with a full moon. We watched it rise over the mountains across the valley from us. I'm always frustrated at my attempts to photograph the moon. It's not that easy to do. You either get the details in the moon or you get the details in the landscape, but getting both is challenging. Nonetheless, I try. Tonight I got both...by exposing for the moon, then shooting the exact same image (using a tripod) and exposing for the landscape, then sandwiching the two together. It's kind of a strange image - it doesn't quite look real. It made me realize that we don't actually see both at the same time. Our eyes and brain adjust pretty much in the same way that I created the image...seeing each individually, then layering them together. 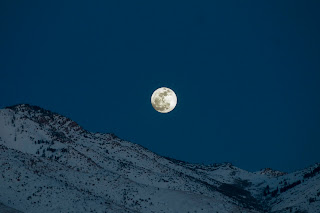 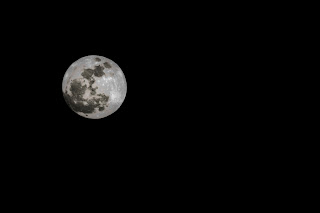 Posted by anitamombanita at 11:05 PM