Our internet has been down for a couple of days. That means that every once in a while it comes up for a few minutes, but mostly there's no reliable connection. Right at the moment, it's working. It's the third time in about as many weeks that we've had problems with it.

The repair tech was supposed to be here at 11:00. It's now 3:00, and I'm still waiting. I hate waiting. I'm not the most patient person in the world. And when I have to wait, I think about all the things I would have been doing if I wasn't waiting. Or more accurately put, I think about all the things I COULD have been doing because I'm not sure that I really WOULD have done them even if I wasn't waiting.

Bottom line, though, is that I couldn't really go anywhere to shoot today. So, instead I played with an image I made early this morning. We had a light fluffy dusting of snow last night, leaving fine feathery crystals behind on the trees. The first image is the untouched photo... just as I saw it. The others are ones to which I applied various Photoshop filters. It's not something I do very often, but it's kind of fun to see the different effects...and it gave me something to help pass the time. (The bottom two seem to be very much like the untouched image. To see the see how they actually differ, click on the images to enlarge them). 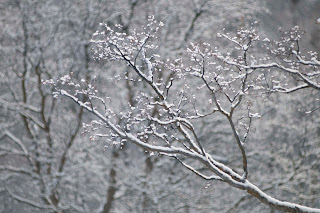 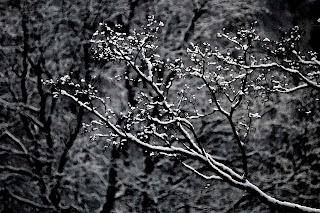 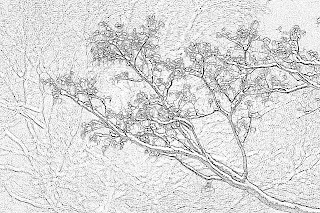 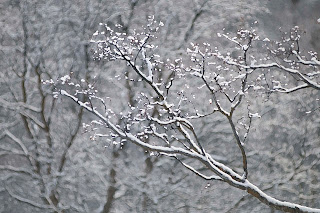 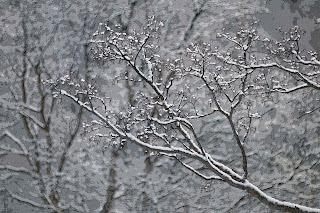 It's so interesting to see what photoshop can do. Boy, the technology has really evolved in recent years, hasn't it?