Can't Get No Satisfaction

Remember how crazy all the rivers were around here a few weeks ago? People in the canyons were living on the brink of flooding for weeks. And then one day it all seemed to subside, just like that.

I'd been noticing lately whenever I had to drive over the hill that the Ogden River looked pretty serene. So I decided it was time for some water studies...at least that was my intent. Here's the best of what I shot. I'm not really very satisfied with what I shot. 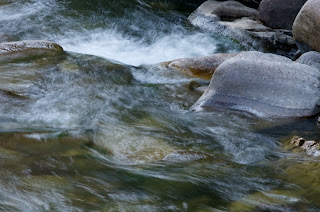 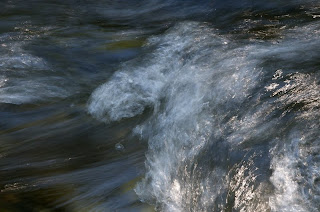 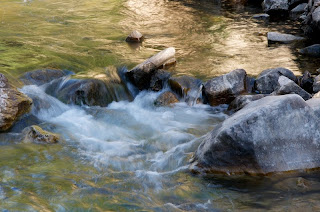 And, by the way, the river wasn't as calm or calming as it appeared from the car. The traffic noise in the canyon was anything but serene and the river was still flowing faster than it appeared, so wading out into the middle of the stream was a bit treacherous. Oh well, at least I tried... and there will be other days.
Posted by anitamombanita at 10:36 PM

Glad you didn't get washed away with your camera!

PS. I like the light in the third one...