Everything depended upon this single card.*

One thing about my move that's been difficult over this past year is frequently not knowing where my things are. It was frustrating when my life in a rented condo stretched from what we thought would be 90 days to almost a year. But even now that we are happily (ecstatically) in our new home, there are still things that I am hoping will resurface from the depths of some forgotten box...simple things, like my cutting boards and pot holders. 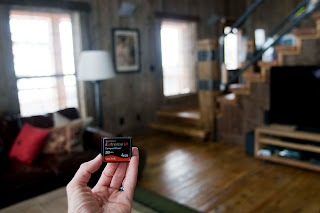 Of all the things that went missing, though, (and in the grand scheme of things there really weren't that many) one that caused me a lot of stress was my extra memory cards for my camera. I usually have 6 of them and I always know where they are. But one day I discovered that I only had one. I knew that they would eventually turn up, but in the mean time my shooting was constrained to a mere 4GB, which for me meant no more than 197 images at a time. That might not seem like a big deal, but that can be like a writer with a single pen and one sheet of paper on which to create a chapter for a novel.  Not to mention that I worried, 'what if that solitary card went bad or if I lost it?' *Everything depended upon this single card. Thankfully, though, my stash of extra cards did show up a few weeks ago as I was unpacking boxes.

As forecast, it's a cold gray day. My version of *Saturday Centus is done (see what my friend, Sue, did). The dogs have been out to play and have been retrieved. (Everything we've read about Scottish Terriers suggests that they should NEVER, NO NEVER, be let out without a leash because their instinct to chase and desire to wander is just too strong. Nonetheless, we like to think our dogs are different. Haha. They're not!!) And so now, I have the house to myself and no more excuses to procrastinate. Time to face the inevitable and get my tax info organized. Happy Saturday to the rest of you. I'll be in my office. 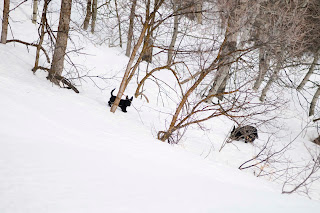 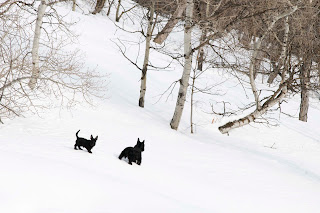 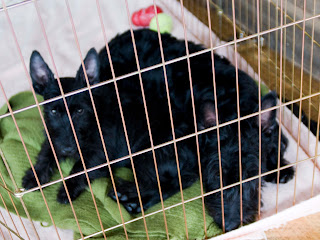 Posted by anitamombanita at 12:28 PM

Glad you found the cards. I wouldn't like being stuck with a pen and one piece of paper.

PS. Those dogs are a riot!

Such cute little doggies.
I just have a couple of "cards" that hold about 600 pictures each, but I need them when I need them, so I understand exactly what you mean.
Moving can be a real drag.