For weeks, my husband had been saying that he wanted to snowshoe into the cabin in Idaho as soon as we had a clear day following a snow storm. Today seemed to fit the bill, so we loaded up the car with a few basic provisions, our cameras and the dogs and hit the road. 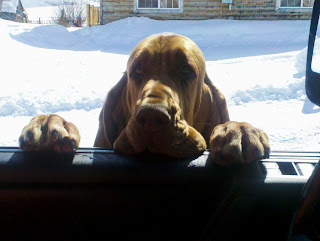 As we turned to drive up into the canyon where the cabin is, we were greeted by a young but rather large blood hound who was more than happy to make our acquaintance.
We are continually amazed at Jake's desire to make new friends - two legged, four legged, it matters not to him. He could barely contain himself when he saw this adorable droopy faced creature. 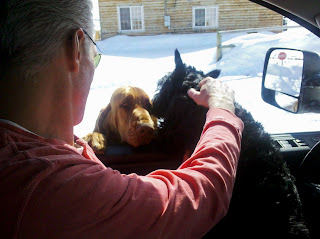 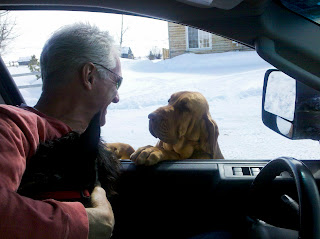 When we got to the end of the plowed road, we strapped on our snowshoes and began the hike in. The snow was deep and soft and the woods were quiet. About half way to the cabin, we spotted a young moose about 25 yards away, happily munching on tree branches. It was the first time I had seen a moose that close. 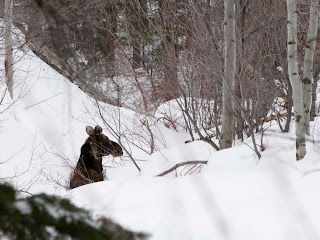 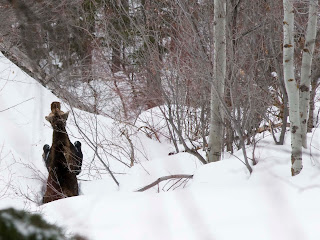 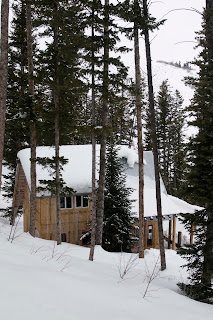 All was well at the cabin. 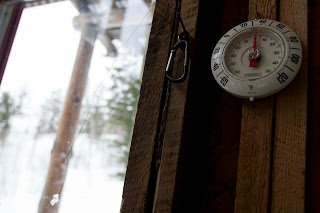 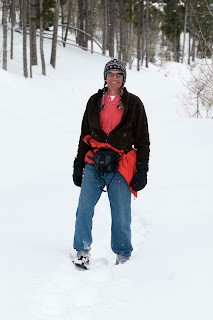 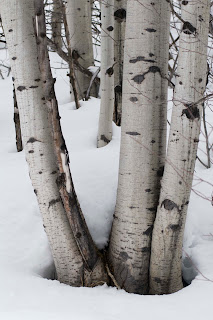 When we were done snowshoeing and heading out the canyon again, we spotted another four-legged friend and Robb stopped to "introduce" Jake to him. Jake's tail was wagging with delight at the opportunity. 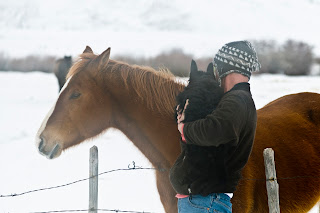 We ended the day with a quick trip to a nearby hotspring where we soaked our sore muscles in the steaming hot water while the snow fell softly on our heads. All in all, a pretty nice day! 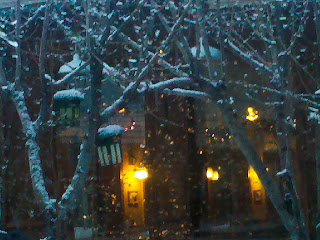 Posted by anitamombanita at 11:49 PM

That bloodhound at the window of your car? Hilarious.