Yesterday's storm brought winds of around 75 m.p.h. to the nearby town of Huntsville. The short but furious blast caused a number of stately old trees to simply snap and fall, including several surrounding the boyhood and adult homes of the former prophet, David O. McKay. Work crews today made short order of removing the remnants of the trees. 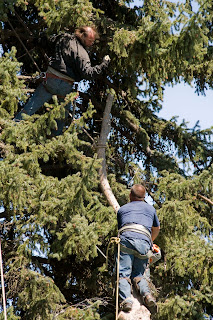 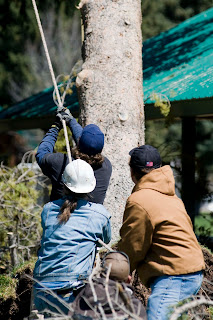 Nearby Snow Basin, where we ski, is now closed for the season. Although there is still plenty of snow on that beautiful mountain and the thermometer still registered a brisk 36, even it is showing signs of its surrender to spring. The mountain is now empty of the skiers who just a week ago dotted its steep slopes. The rich soil is making its appearance around the base of the many aspens and other trees. 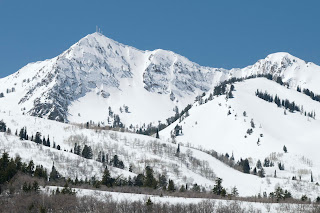 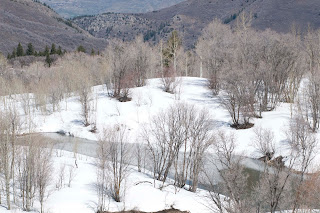 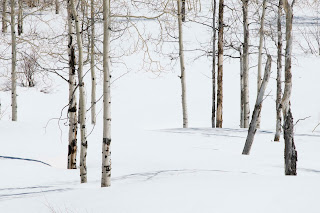 Small ponds and streams are filling and spilling over to feed and nurture the sleeping ground below. Ferns and other plants are beginning to stretch forth towards the sun and sky. If you look closely you can see a pair of ducks floating lazily in the sun. 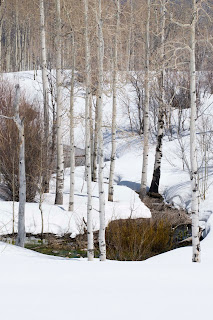 Meadows once brilliant white are rapidly turning green. Bent branches stripped of foliage and devoid of color from their long winter rest are slowly awakening, new buds taking form and an occasional brave insect checking out its future food supply. 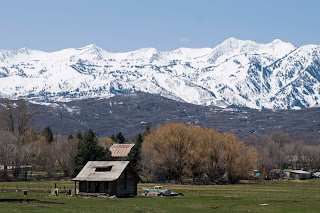 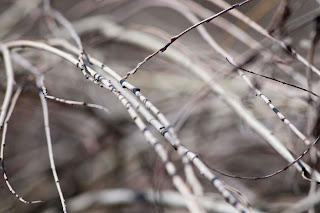 Jake and Albert (the latter having been born in the middle of November knows pretty much nothing but snow) seem almost giddy to explore the new sights, sounds and smells. 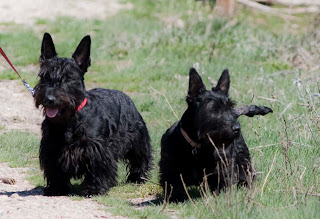 And I, well, I am excited to have the sun in my face, the wind in my hair and many new things to photograph over the coming months. 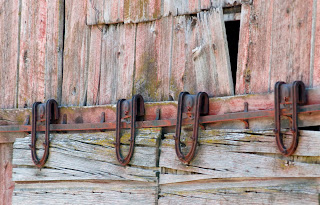 Posted by anitamombanita at 5:56 PM

I've appreciated this season more thanks to your blog. It's been fun to see it change. :)