Last night I had it all! Celebrity Apprentice (well, at least the first 30 minutes of it) AND Osama Bin Laden's capture and killing. It's not everyday that we celebrate someone's death, but with someone so twisted and with so little regard for the sanctity of human life, I must say that it was not hard for me to make this exception.

As for Celebrity Apprentice, trust me, I am no fan of Donald Trump, but I think he definitely has the formula down for a show that works. The big celebrity personalities (read that as egos) make for riveting (if not mindless) entertainment. And so, I admit, I succumb...it's one of my few TV guilty pleasures. (And I suppose that the fact that they ARE raising money --- huge amounts, I might add --- for some very worthy charities makes it OK).

I did find it amusing and ironic that the show was interrupted by Obama's announcement... kind of sweet "revenge" for all of Trump's haranguing of the president about whether he was born in the US or not. Hopefully that's now been put to bed and Mr. Trump can see that President Obama really did have other more important things to work on.

Anyway, enough about that. No photos from me yesterday. It's the first day I've missed that I can recall. And no guilt about it. The camera just wasn't calling to me.

Today, it looks like spring. The sun is shining. The hills are turning green. I'm not looking at them through falling snow. And the thermometer needle has crept up above the freezing mark. So, why am I not outside making photos? Cuz the dogs are inside looking too cute. Maybe I should start a dog blog in addition to this one... The Dog Blog? The Daily Dog? And then again, maybe not... meanwhile, here are those cute boys. 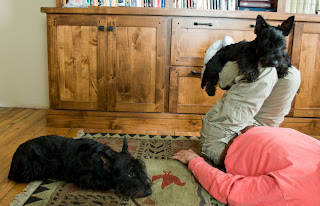 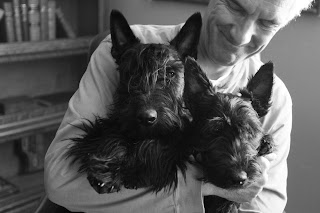 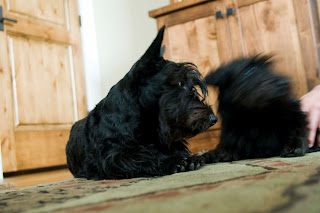 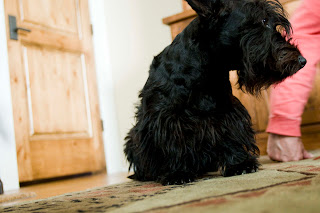 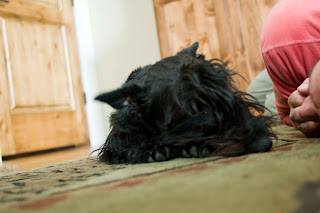 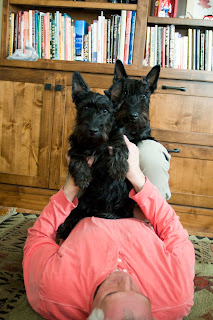 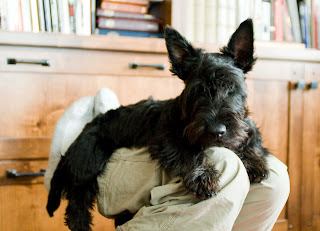 Posted by anitamombanita at 10:48 AM

I've actually run across a few pet blog, believe it or not. They're pretty popular!

Don't do it! I love your blog, while I did find it from a flickr shot of the hounds.

However how can one not lead a Scottie centric life!