...by the Dawn's Early Light 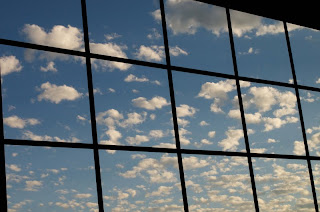 As I gazed out the window from the bed early this morning, the sky was dotted with little cotton ball clouds, edged gently in the pinkish gold light of sunrise...the light that comes and then goes in an instant. The Star Spangled Banner's first line came to mind..."oh say can you see* by the dawn's early light..."

It's the Fourth of July Weekend. As many others were preparing picnics and boating trips and family gatherings, we were preparing to raise the walls of our garage. It wasn't quite like the old fashioned barn raising that we've all read about. We had the benefit of a couple of skilled carpenters and a crane. Good thing, too... since one of the walls we were erecting weighed 2400 pounds and the two beams weighed 1400 pounds each...not to mention that the surface on which they were being set was already 18 feet off the ground below. Yikes!! 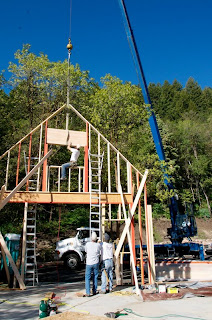 The crane operator worked it with the ease of a skilled video gamer. Our carpenters scurried up and down the ladders placing a nail here, a nail there to lock it all in place. And then,  just like that, the walls were up, the roof beams dropped in place and the job was done....all before most people had their breakfast dishes cleared off the table.

Oh say can you see* what a morning it was?!

Hope you all have a wonderful weekend. Maybe we'll go for a picnic now, ourselves. 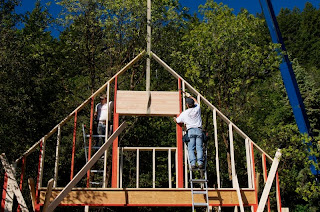 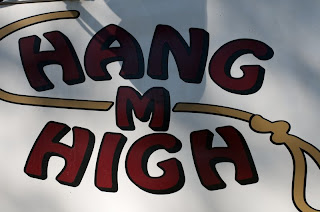 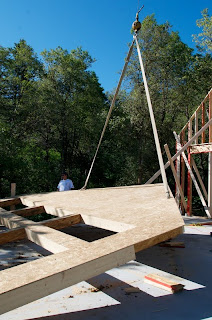 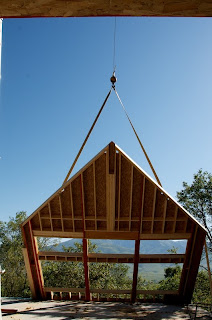 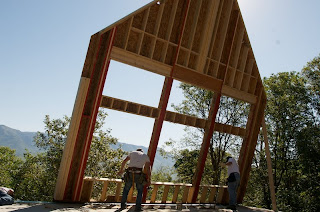 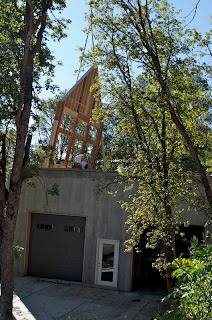 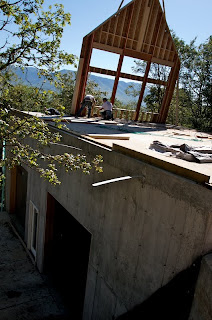 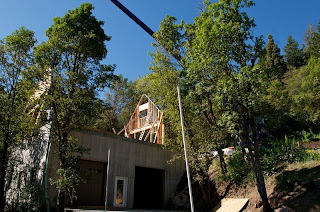 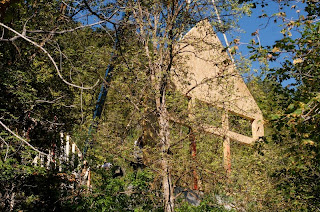 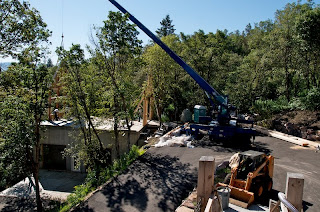 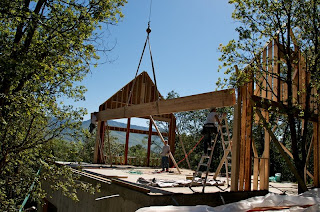 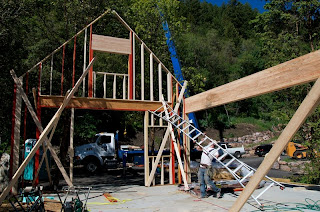 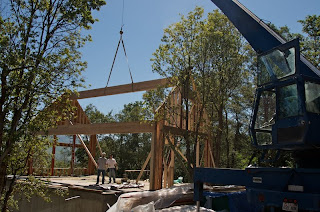 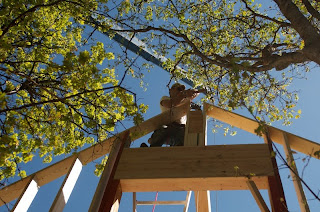 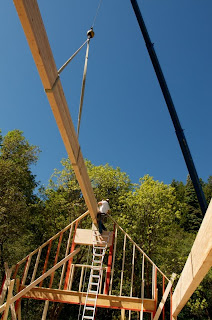 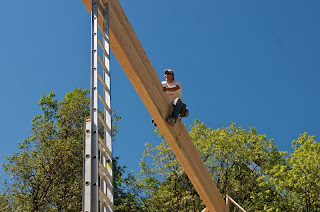 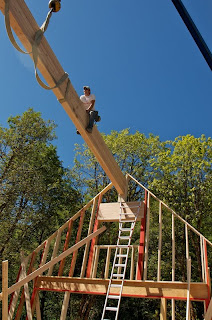 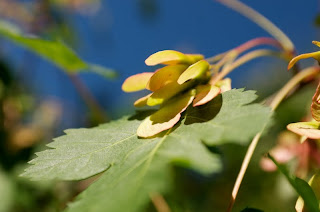 And I am crazy about that photo of the clouds through the window!