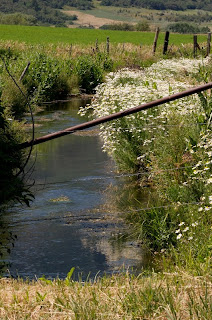 I could just show you the irrigation ditch I mentioned yesterday (I still think it's pretty and thought I'd give it one more chance to be photographed) or the horse grazing happily in the meadow next to it, but there's something else on my mind. 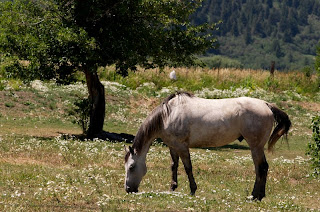 One week from today we'll be making that seemingly endless drive to the Missionary Training Center in Provo where we'll drop off Lucas to begin his two year mission to Edmonton Canada for the Church of Jesus Christ of Latter-day Saints. 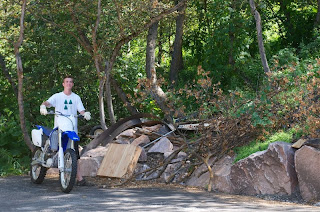 Lucas is an amazing young man. I don't think I could write all the ways in which he has impressed me, but let me try to capture a few. First off, he's genuinely pleasant to be around. He's very even keeled and positive. I can't say I've ever really seen him in a funk or mean or nasty, even when he's had ample reason to be that way.  Second, he's always helpful - he does dishes without being asked, clears the table, sets the table, compliments the cook (ah, yes that would mostly be me) and offers to help with whatever he thinks might be needed. Third, he's far more mature in his thinking and demeanor than one might expect of a 19 year-old, and at the same time he definitely knows how to have a good time.  He knows the difference between right and wrong and when someone is yanking his chain. I admire his resolve in doing what's right, even when it's not popular or easy. And fourth through whatever, he's creative, smart, funny, serious, committed, kind, thoughtful, unselfish, determined, etc etc etc.  One thing for sure, I'm going to miss having him around, and so will his dad. 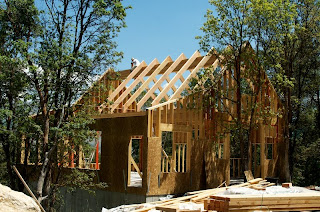 Without him, we'd have had a hard time making as much progress on the garage/studio. He was right there, eager to help tilt up the walls and set the roof beams. I wish I had a photo of him rappelling off the walls as he waited for his dad to cut the beams. You'll have to imagine it for yourself. 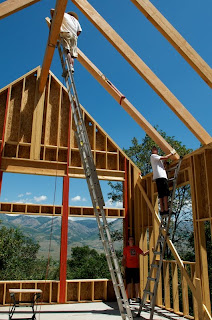 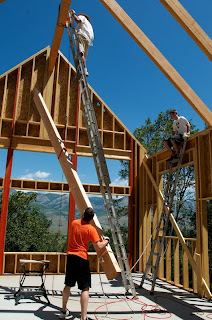 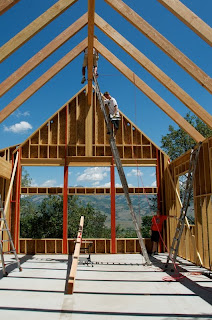 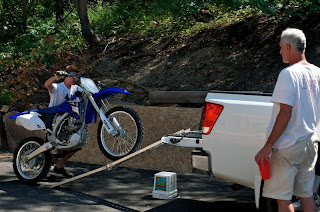 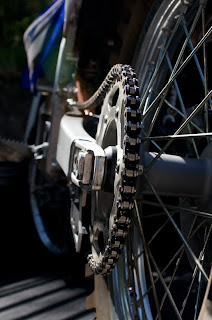 I think it's only just beginning to set in how much we're going to miss him, especially his dad who knows he has a kindred spirit in Luke, his youngest child. 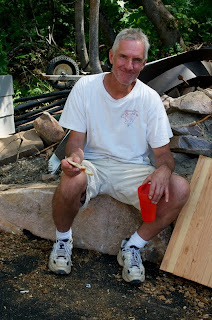 Posted by anitamombanita at 10:46 PM

He seems like a great son. I'll bet you've really enjoyed having him around.